FIVE CENTS TO DREAMLAND: A TRIP TO CONEY ISLAND 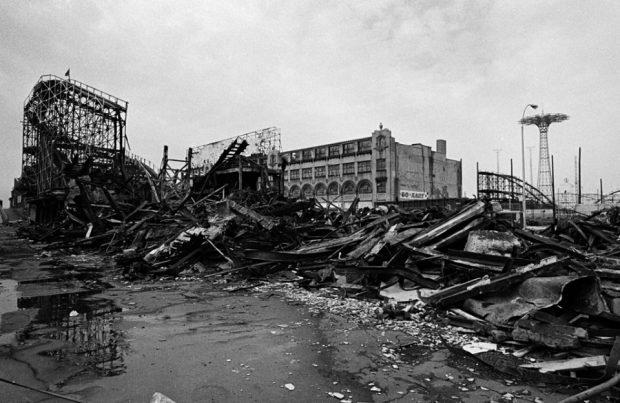 The End of the Tornado, Larry Racioppo, 1978

From horse-drawn carriages, steamboats, and railroads, to the buses and subways of today, transportation has played a pivotal role in Coney Island’s development as a seaside resort, the home of the world’s first amusement parks and the densely populated neighborhood it became. Coney Island’s attraction as a destination is often attributed to its being easily reached from anywhere in the city and yet exotic enough to feel like a getaway. Over time more options in public transportation allowed a greater spectrum of people to visit Coney Island: in the 1820s only people who owned their own horse and carriage could take the trip; by the dawn of the 20th century most New Yorkers could afford the nickel subway fare.  Through objects, maps and images from the Museum’s collection, Five Cents to Dreamland traces the evolution of public transportation in Brooklyn and its storied connections to the wonders of Coney Island both past and present. www.nytransitmuseum.org

This exhibition includes eight of APAG member Larry Racioppo’s photographs.  For more information on his work, please go to:   www.larryracioppo.com